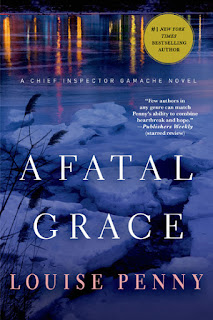 Synopsis:
A Fatal Grace is the second book in Louise Penny's Inspector Gamache series.  In this installment, Three Pines' new resident CC is electrocuted in front of the entire town during a curling match right after Christmas.  Was it really an accident?  If it was murder, who did it and why?

My review:
It felt nice to escape back into Three Pines for another mystery.  I wasn't quite sure how Louise Penny was going to have ANOTHER murder in such a small town, but she managed not one, but two in this book!  I am glad she is slowly introducing us to more and more characters in order to expand out the cast.  I will honestly admit that I still have some difficulty remember who is who in the extended cast.

I was quite pleased to learn more about Gamache and his history.  It sounds like a very interesting sub-plot and I can't wait to learn more as I continue to read the series. 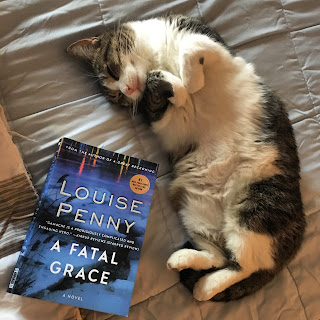 Its really hard for me to explain why I enjoy this series so much, but I think it is the small-town sense of community and family.  I love these people that see their friends as family.  Also, maybe the lack of children in the books makes it easier for me to attach to the characters!

In this novel, I have to admit that I definitely guessed the murderer early on, but then soon forgot about this character and was surprised to have it revealed at the end.  Penny does a phenomenal job at distracting me with so many other suspects and events that I never see the true murderer until it is revealed.  I'm definitely looking forward to her next novel.

Overall, I rate this 4/5 stars.  A Fatal Grace is a warm mystery - it will definitely keep you guessing but won't creep you out or upset you with any morbid details.  I highly recommend this series (or what I've read from it so far) to people who are fans of suspense or character studies.  This is definitely on the lighter side of suspense, but in a good way! 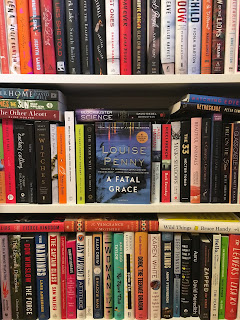 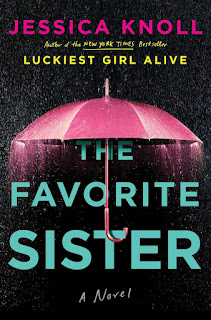 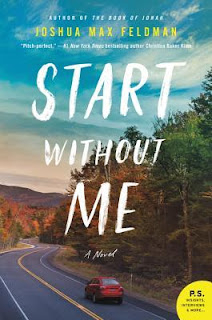